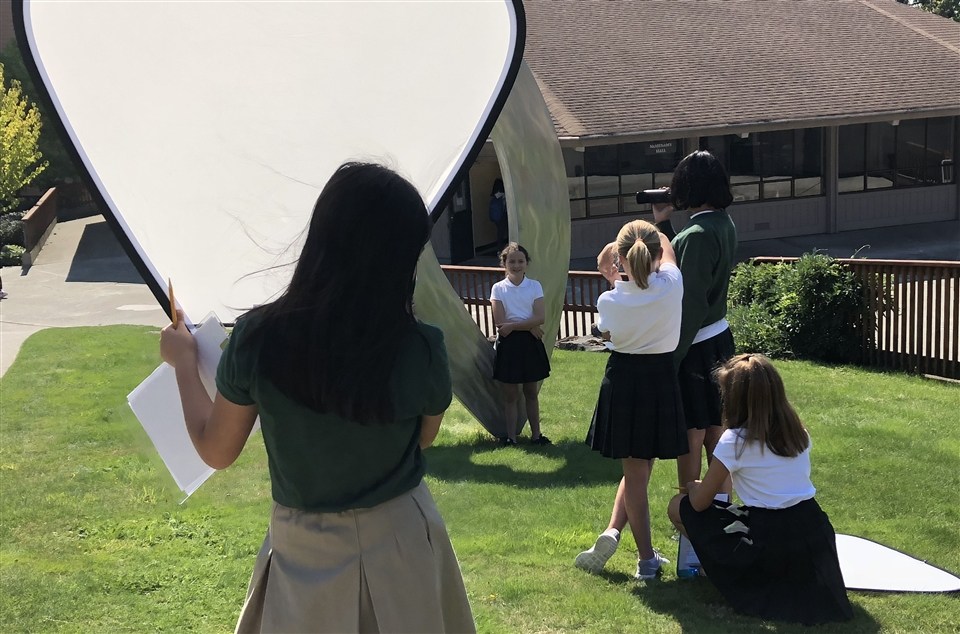 Exploring Ancient Civilization
Peggy Setoguchi
September 25, 2018
By Peggy Setoguchi
Middle School Humanities Teacher
September 25, 2018
History is all around us! Sometimes, we can see it happening. Other times it seems less visible. However, with each minute that passes, history is being made.
To understand what Ancient Civilization is and how that relates to each girl’s life today, the 6th grade classes first explored the importance and meaning of each girl’s first and last (family) name. Since every name is uniquely personalized, I asked each student to choose a person close to her to participate in the activity. Each girl researched the origin, meaning and significance of her name. Then, we collectively discussed them in each class. The results of this activity showed connections among the students and ancestry as well as the unique differences that make each girl who she is.
For the students, this exercise represented more than just a search of a “name,” but rather a journey to explain their identities. There were many surprises and “ah-hah” moments during this exercise. For some, this was the first time they had thought about the meaning of their names. For others, this “simple” exercise took on a more challenging element as the information was not easily found. For all of them, it was a way to connect with her peers and understand more about who she is individually, her family background and ancestry.
This exercise was a precursor to a film project where we compared ancient civilization times to modern day. The goal of this activity was for the girls to enhance their “soft” skills by collaborating and using critical thinking strategies in a small group, taking ownership of roles and responsibilities within the team, determining filming decisions such as location, interview questions, responses, etc. The girls were placed randomly into three groups. Each had a turn with a role within a production crew by filming the Forest Ridge campus, interviewing their classmates, and reflecting on the process. When the girls weren’t filming, they were taking personal reflection notes. The girls were able to tangibly see objects that would, and would not, be present in ancient civilization times as well as reflecting on the film process. The girls watched the film in a “rough cut” phase providing them the opportunity to see the editing process and to give suggestions regarding changes for the future. Each girl had a chance to “make history” by filming it and preserving it for the Social Studies classes to study throughout the year.
These exercises explored ancient civilization through a personal lens while also making a connection to the Sacred Heart Goals. They were tangible “hands-on” activities that showed that ancient civilization is not just “something” in a faded distant past. Rather, it is a part of who we are individually as well as a link from the past to the future.