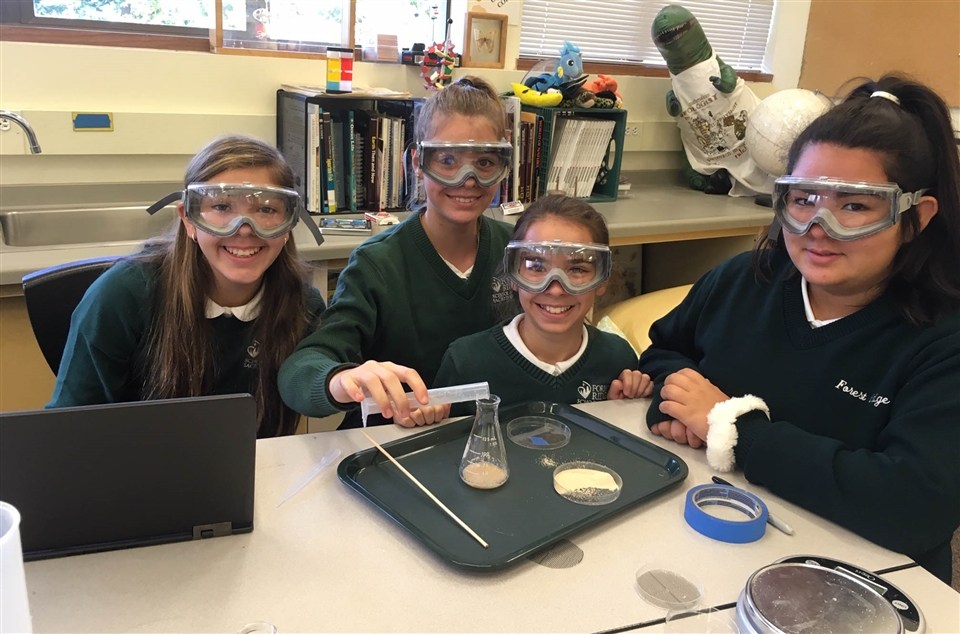 Life Beyond Earth?
Shelley Levin
October 4, 2018
By Shelley Levin
6th Grade Astrobiology
October 5, 2018
How would we know if we found life beyond Earth? That’s the big question the sixth graders are exploring in their life science course over the next few weeks. We began with the idea that if life occurs twice in our own solar system – even though our sun is just one out of 100 million stars in our Milky Way Galaxy, which is turn is just one of 100 billion galaxies – then life must be abundant in the universe. We then explored the four places astrobiologists think microbial life is most likely to be found in our own solar system: Mars, Jupiter’s moon Europa, or Saturn’s moons Enceladus or Titan.
It may seem odd to begin a life science course with an investigation into things that may not be living at all. I think it’s a perfect place start. As the girls learn about the characteristics that all living things share, they get the chance to apply that knowledge in a meaningful way. Each lab group received a mystery specimen, like something professional astrobiologists hope to get sometime soon from the surface of Mars or the global ocean of Enceladus. They then planned, and conducted, an investigation to determine if their mystery specimen is alive, was once alive, or is non-living.
The girls chose tests from examining their specimens under microscopes for cells to exposing it to sunlight for evidence of photosynthesis to providing the specimen with sugar to see if any waste gas was produced. As any scientist must do after an investigation, the girls are now formulating their arguments, based on their collected evidence, as to whether their mystery specimens are alive, once-alive, or non-living.
Of course, were making one huge assumption here – that any life that evolved in another world shares that same basic characteristics of life on Earth. The sixth graders will come back to this big assumption in the spring as we study DNA, genetics, and evolution of life on our planet. More to come!